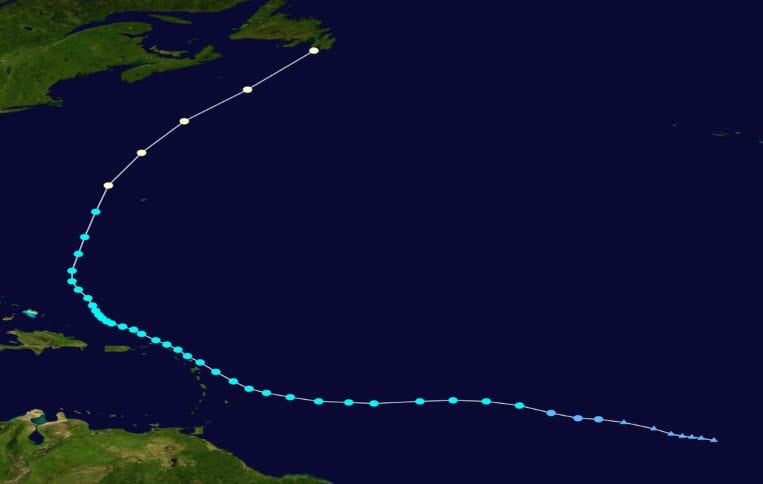 By the time of the National Hurricane Center’s (NHC) 5:00 pm (EDT) Advisory on Friday, Maria already had crossed the peninsula and entered the waters of the north Atlantic. “It was moving at nearly 60 mph and was situated roughly 85 miles northeast of Newfoundland’s capital, St. John’s (population 192,000),” said Dr. Tim Doggett, principal scientist at AIR Worldwide. “The storm’s maximum sustained winds had weakened to 70 mph and were expected to weaken further. It also was losing its closed circulation and other tropical characteristics. Given these circumstances, the NHC classified Maria as a post-tropical cyclone.”

According to AIR, in Maria’s path as it crossed the Avalon peninsula were a number of small towns along the coast. The inland portion of the peninsula, which is about 40 miles wide at its widest, is a wilderness preserve. St. John’s lies at the northern end of the peninsula and was subjected to the storm’s diminishing winds. Residential structures in the city are largely wood frame buildings, while commercial buildings are predominately of reinforced concrete. At Maria’s wind speeds, downed trees and utility lines can be expected, but the storm should cause no significant damage to buildings other than to roof coverings and cladding in some instances. So far there have been no reports of damage.

Maria’s journey began just over a week ago when it was named a tropical storm on September 8th. At that time it was located about 1,000 miles east-southeast of the Leeward Islands. In its long journey north, it became a Category 1 hurricane with 75 mph winds only yesterday (Thursday, September 15). At present Maria is expected to merge with an intense low pressure system east of Labrador-creating strong winds that will affect that part of the province into Saturday. However, the National Hurricane Center expects Maria to become fully absorbed within the next 12 hours and to dissipate thereafter, and does not plan to issue any more advisories concerning Maria.