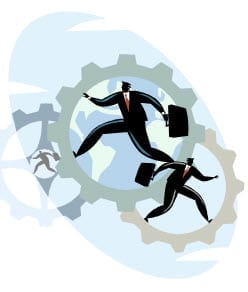 Post anniversary to September 11, the horrible event occurring over ten years ago now, there has been a tremendous change to the way that border security and terrorism have been viewed in the United States.

This is true of the government, businesses, individuals, and the insurance industry, which suffered tremendous losses to its own people when the planes hit the twin towers of the World Trade Center in New York City.

Though damages resulting from acts of terrorism had been covered in typical all-risk commercial policies before the attacks, after that day, reinsurers either increased their terrorism coverage rates to a prohibitive level, or refused to renew altogether. When insurers found themselves incapable of buying reinsurance or could not come up with enough capital, they came up with new policy forms with exclusions for terrorism. As a result, though, there was a period of time in which there was virtually no coverage for terrorism.

To help to remedy this situation, the Terrorism Risk Insurance Act was passed by the federal government in November 2002. This act, as well as its 2005 and 2007 renewals created the Terrorism Risk Insurance Program (TRIP). For the majority of commercial lines, TRIP offered reinsurance through the government for losses that were directly related to terrorism above the deductible of the insurer. The insurance company would be subject to a copayment in this situation.

Near the end of 2007, the Terrorism Risk Insurance Program Reauthorization Act was passed, providing an extension to the program for an additional seven years, through 2014. This effectively reestablished stability in the insurance market, making it viable once more.