Most people use cars as a means of transportation without considering what is actually happening beneath the hood. Modern cars run with internal combustion engines which convert heat produced by burning gasoline into torque. The engine has a lot of moving parts, which are discussed in some detail below.

Internal combustion engines are housed in an engine block. This is sometimes referred to as a cylinder block because cylinders are cast into it. An engine becomes more powerful with additional cylinders.

Engines include pistons that move inside the cylinders, which are metal tubes. A crankshaft is attached to the pistons by rods, which move up and down to turn the crankshaft. The pistons are powered by combustion (tiny explosions) created by a mixture of gasoline and oxygen. In many modern cars, fuel injection occurs right into the cylinder. Immediately before the piston reaches the top of its destination (known as top dead center), spark plugs ignite the oxygen and gasoline mix. Burning gas forces the piston back down to bottom dead center. 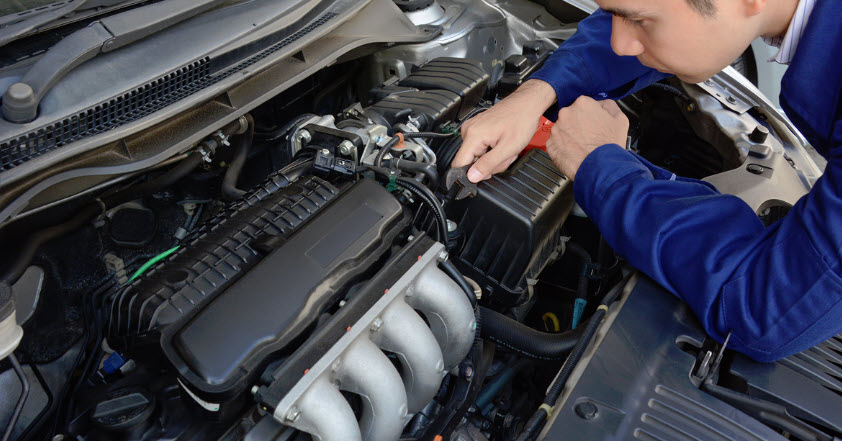 Most cars today are run by four-stroke engines. The four strokes are intake, compression, power and exhaust. Intake occurs when the mixture of oxygen and gasoline fills the combustion chamber. This moves the piston to bottom dead center. Once this occurs, the compression stroke takes place. Compression stroke occurs when the cylinder contains the highest level of oxygen and fuel possible which closes the intake valve and forces the piston to travel back up to top dead center.

When the piston reaches top dead center, it ignites the fuel to power your car. High voltage is created in the ignition coil which is sent into the combustion chamber by the spark plug. The heat created by the spark ignites the gases, developing gases that push the piston back down to bottom dead center. This is known as the power stroke.

This sums up a very basic understanding of how the internal combustion engine works. All of the parts discussed within this article work together to convert fuel and oxygen into power to move the pistons.