Residents of the state are increasing their awareness and are taking advantage of it at an increasing rate.

According to recent news data, the number of people who are taking advantage of a tax credit for homeowners insurance purchased for hurricane and flood coverage is on its way up in South Carolina.

The state tax credit is currently available for an amount of up to $1,250 per property owner. 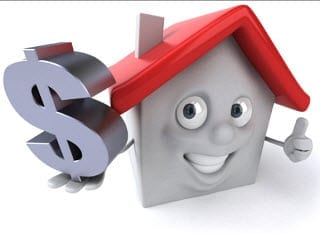 The latest data has shown that the number of homeowners insurance customers who are taking advantage of this tax credit in the state has over quadrupled. At the same time, there are still a tremendous number of people who still don’t seem to know that this opportunity is available to them. With the cost of this coverage rising quickly, there are many property owners who could greatly benefit from awareness.

The price of homeowners insurance that covers flooding is headed rapidly skyward.

This means that any additional help that policyholders can obtain to be able to afford their coverage will certainly be welcome. This, despite the fact that there is likely to be a delay to the greatest increased to the National Flood Insurance Program, which is currently facing a shortfall of $24 billion. That said, when those rate hikes do go into effect – either sooner or later – then it will ensure that even more people are eligible for the tax credit in South Carolina.

It is what is known as the “excess insurance premium tax credit”. It has been available in the state since 2007, but the process of ensuring that people have actually heard about it has been a slow one. Even accountants are reporting that they are not always aware of this credit.

In 2008, there were only 511 people in the state who claimed the credit. However, by 2012, the most recent complete year of statistics from the Department of Revenue in South Carolina, there were more than 2,400 people benefiting from that credit. As the cost of homeowners insurance heads upward, particularly in coastal areas, the number of people who will qualify will spike along with it.