2015 has been filled with natural disasters, placing pressure on Texas insurers

This has been a troublesome year for many homeowners in the United States when it comes to natural disasters. In Texas, powerful storms have left many homeowners with damaged properties and the storms may have a significant impact on homeowners insurance overall. Insurers are expected to experience financial losses due to the high number of claims that have received as a result of the storms in Texas and this may lead to higher insurance premiums in 2016.

Hail storms, tornadoes, wildfires, and ongoing drought may cause premiums to spike

In April of this year, Texas was hit with hail storms and tornadoes that caused serious damage in many part s of the state. The number of natural disaster only increased the following month, which lead to more properties being damaged. Wildfires became a major concern in the state as well, which was compounded by the severe drought that has gripped the state. This year, insured losses are expected to be in the billions of dollars. 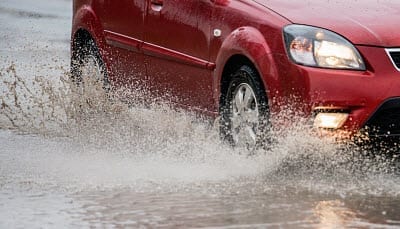 The Insurance Council of Texas believes that this year could result in higher homeowners insurance premiums in the future. Typically, single events do not cause an increase in premiums, but the year has been filled with disasters, which has resulted in insurers facing financial losses. In order to recover from these losses, some companies may opt to increase premiums, which could place some consumers under significant financial pressure.

If consumers do face higher premiums, they are being encouraged to shop around for homeowners insurance policies, as they may be able to find less expensive options. There are approximately 120 insurance companies that are certified to provide coverage in Texas and consumers may be able to find better deals if they shop around. Notably, these companies do not provide flood insurance coverage, which homeowners will have to find through the federal National Flood Insurance Program.