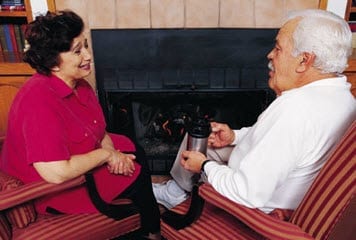 The skyrocketing rates are proving to be prohibitive to many older Americans in Florida.

As the cost of homeowners insurance moves ever skyward, many senior citizens who are living in Florida are finding themselves in the highly risky position of having to allow their policies to lapse, and to take their chances with the costs that would occur if a hurricane should strike.

As many seniors own their own homes with no mortgages, they have this precarious option.

As seniors have often paid off their houses, they are legally allowed to forego homeowners insurance should they choose to do so. As Citizens Property Insurance Corp. has announced that its rates will once again be rising, as will its post-claim deductibles, many elderly residents of the state are finding that they can no longer afford to pay those rates and are opting to allow their coverages to come to an end.

This year, some senior citizens have seen their homeowners insurance premiums double over 2011’s levels.

This is a serious struggle and dangerous decision for seniors to have to make, but many feel forced to have to eliminate their coverage in order to be able to continue paying for their other vital expenses – such as food, utilities, medication, gas, and taxes – on their fixed incomes.

Though this was not the goal of Citizens when it increased its rates yet again, it is a tragic result of the insurer’s efforts to shrink its size and dump many of its policies. Their hope was that customers would leave the state-run insurer in favor of private coverage. Those being forced to become uninsured are an unfortunate casualty of this effort that the insurer considers vital to its existence.

Citizens has stated that cancelled policies – to head anywhere else – should be considered somewhat of a victory in the attempt to bring itself back to its ideal size. There are still around 1.4 million homeowners insurance policies with the state-run insurer, but the goal is to shrink that number to 700,000 within the next few years.

Senior citizens are, unfortunately, often within the group that are experiencing the stiffest homeowners insurance premiums increases as Citizens is targeting older homes that are more expensive to cover.