Residents of parts of the U.K. that suffered from flooding may soon be seeing higher premiums, too.

People living in the parts of Cumbria in the United Kingdom, which have been stricken by flooding following Storm Desmond may soon have further unwanted news as it is expected that homeowners insurance rates will likely rise in that area as a result of the losses that were recorded.

As of yet, it is too early to predict exactly how much the storm will be costing the insurance industry.

In the U.K., an agreement had been struck between the government and homeowners insurance companies which stated that property owners are supposed to be able to purchase coverage from their existing insurer that also includes flood damage protection. That said, at the moment, there isn’t a cap on the costs. This has led to reports of tremendous spikes in premiums as homeowners receive quotes for annual premiums of £2,000 for policies with only £20,000 in coverage, or they may even be turned down completely.

The homeowners insurance risk of price increase is only heightened by the fact that this is not the first storm. 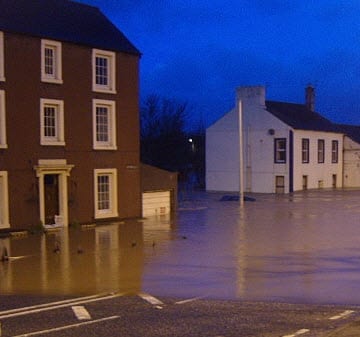 Back in November 2009, the area was also hit by a storm that brought floods with it. At that time, Cockermouth, a market town, received 12.3 inches of rain. The Cocker river rose by 8.2 feet and directed waters right down the town’s Main Street. Many of the stores had water halfway up their display windows. The estimated total cost of that storm was £276.5 million.

In 2013, a new flood defense system was put into place. It was designed to provide the town with 100 years of protection against that type of storm. The main component of the system was a barrier along the Cocker river that was over 375 feet long. That barrier can be raised by almost three and a half feet. According to one government minister, this barrier would “give residents peace of mind for the future.”

The losses faced by homeowners insurance companies weren’t limited to that one town. In 2009, Keswick, another town located nearby, saw the waters of the Derwentwater river rising to the tremendously, flooding homes and businesses as well as parks and other public spaces.