According to Jim Donelon, this marketplace has now finally rebounded from Hurricane Katrina.

Since Hurricane Katrina and the massive devastation that it left behind, Louisiana has managed to come a very long way in revitalizing its tourism, real estate, and homeowners insurance markets, according to a recent statement from the state’s commissioner, Jim Donelon.

The state’s “insurance market has rebounded and flourished” since that terrible time in its past.

When Hurricane Katrina smashed through Louisiana in 2005, it left $25 billion in insured losses behind, following 725,000 claims in that state, alone. Not long afterward, Hurricane Rita came along to destroy much of what was left, and take down a lot of what had been rebuilt. Another $3.4 billion in insured damage was done, from an additional 200,000 claims. This massive number of payments caused several of the larger homeowners insurance companies to back away from covering the Gulf and Atlantic coasts.

Since that time, a new type of homeowners insurance company has made its way into this space. 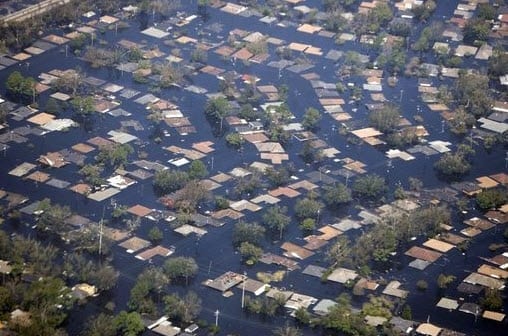 Smaller, regional insurance companies have seen this same region as an opportunity, while larger ones feel that coastal exposure should be reduced. These smaller insurers may not be as well known, but they are reputable and financially sound, with the backing of the international reinsurance ecosystem to keep them securely standing.

As a result of this insurance trend, there are now 22 new insurers in Louisiana that weren’t a part of the marketplace back in 2005. Much of this was the direct result of efforts to actively draw companies and coverage strategies, such as the Citizens Depopulation program.

Louisiana Citizens Property Insurance Corporation was designed to be the coverage option of last resort for people who could not find affordable policies through any other means. When many of the insurance providers stepped out of the market following Hurricanes Katrina and Rita, that insurer’s number of policies ballooned.

In order to combat that trend, efforts were put into place to woo homeowners insurance providers back into the state. Now, nearly 10 years later, Insurance Commissioner Jim Donelon is declaring these efforts to resuscitate the market to be highly successful.