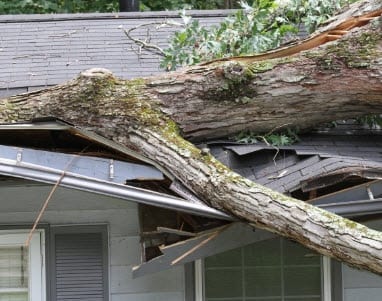 The importance of coverage in these storms is clear, but many wonder how they affect premiums.

Aside from emergency supplies and a safe place to stay throughout a hurricane, homeowners insurance is one of the most important things that a family can have to protect them against the potential devastation of a storm.

But what is not as clearly understood, is if weather like Sandy will drive premiums skyward.

Some estimates have said that the damage that hurricane Sandy could cause throughout its time after making landfall could reach as high as $1 billion along the eastern seaboard. This could lead to fallen trees, ripped off roofs, broken windows, and other types of damage to homes. Though this can be costly to those who have to make a homeowners insurance claim – simply because of the deductible – even homes that go completely undamaged may not be entirely unaffected by the cost of the storm.

Even homes that weren’t damaged by the hurricane may see higher homeowners insurance premiums.

According to Insurance Information Institute (I.I.I.)spokesperson, Michael Barry, “Even if you haven’t been hit, [that] doesn’t mean some of your neighbors haven’t been adversely impacted by the storm — and that could impact you.”

Increases in homeowners insurance premiums is nothing new over the last few years. They are currently sitting at an average of $1,004 per year, which is an increase of 5 percent over last year. When compared to 2007, they have risen by 22 percent, as per I.I.I. data from those years. This year represents the first time that the national average broke the thousand dollar mark. Equally, though, there are some insurers within certain states that have already upped their rates by as much as 12 percent in 2012.

These homeowners insurance companies justify the rate increases in many different ways, ranging from low returns on their investments to the losses from claims that were filed during previous years. However, critics are stating that insurers have more wiggle room than they are using for avoiding spikes in their premiums at the moment.

As losses from catastrophic events such as hurricane Sandy can be used to justify changes to homeowners insurance premiums, families should be aware that it is likely that future rates and coverage may change based on the claims made following this storm.