Flood policies may become vital as flood alerts and warnings are issued across the country.

The warnings and alerts regarding the risk of flooding across the United Kingdom has caused homeowners insurance companies to caution property owners that separate coverage for floods is required in order to protect them against rising waters from the rains that have been lashing several regions.

They are being told to go over their policies and make sure that there won’t be any unwanted surprises.

For those who do have flood p 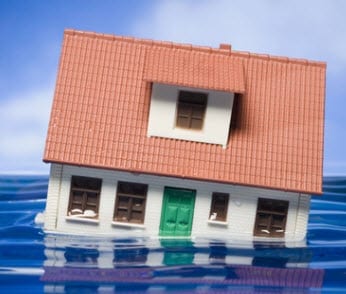 rotection added to their homeowners insurance, it is recommended that they keep their coverage documents in a safe, dry place where they can be easily found, and that they store them along with the emergency contact information for local authorities and utility companies.

The ABI has also recommended that homeowners insurance carriers pay attention to the condition of their yards.

The Association of British Insurers has released a statement to recommend that if the strong winds and rains keep up, it will be very important to know the condition of the yard. Many areas of the United Kingdom have already started to suffer the damaging effects of flooding, which started at the beginning of the summer. This has led to large payouts from homeowners insurance companies when flood coverage was included in the policy.

The important point that ABI hopes to make is that homeowners insurance customers not only make sure that they have all of the necessary coverage required to protect themselves against the damage that winds and flood can cause, but they also keep their coverage details safe and handy. They should also take proper steps to ensure that they have prevented damage from occurring, by securing their yard equipment and trimming any branches that could threaten their home or possessions.

A large portion of the U.K’s homeowners insurance customers have been bracing themselves for waves of rainfall that dump down a month’s worth of precipitation within periods of only twenty four hours. The south of Scotland and the north of England have been pummeled with winds reaching 60 miles per hour, and some regions have recently received rainfall of up to 80 mm within a single day’s time.