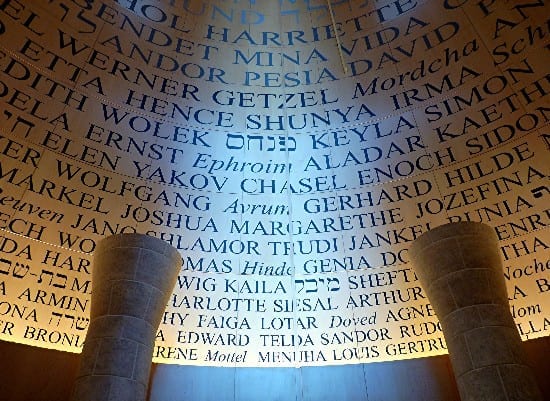 Chairman of the House Committee on Foreign Affairs, U.S. Rep. Ileana Ros-Lehtinen (R-FL) and Congressman Ted Deutch (D-FL), together held a press conference regarding poignant insurance news, in order to hold a discussion regarding the H.R. 890, the Tom Lantos Justice for Holocaust Survivors Act.

They were joined by a number of people who shared their firsthand experiences about the Holocaust.

These individuals took the time to express their traumatic and disturbing (to say the least) accounts of this shameful and horrifying time of history, and how they have yet to receive justice in their struggle with the insurance companies who sold them policies but have denied their claims from that time.

The bipartisan legislation in question would give Holocaust survivors a way to pursue the claims that they have made with insurers.

At the press conference, Ros-Lehitnen stated about this insurance news, that “We are here to address one of the lingering injustices of the Holocaust. Seven decades after the conclusion of World War II, survivors in the United States continue to be treated like second class citizens.”

The Chairman explained that these brave people, who had already undergone the torture and cruelty that was inflicted upon them by the Nazis, are now being denied their constitutional right to make a claim against insurers that have not yet honored the policies that were sold during the Holocaust era. This coverage had been designed to offer the survivors and their families with financial support into their futures.

However, according to the Chairman, instead of this protection, following the Holocaust, the policies remained unpaid, and this continues to be one of the “starkest reminders of the devastation of Nazi Germany” and of the individuals and businesses who used the Nazi crimes in order to achieve profit and gain.

This insurance news shows that the legislation would help Holocaust survivors to have the right to bring their claims against insurers into suits in Federal court. It does not pre-judge any of the cases nor is it an awarding of payment. Instead, it simply provides those individuals with the chance to exercise their constitutional rights. It was passed unanimously by the House Foreign Affairs Committee.