Homeowners insurance is something that every owner has to have.

Your home might be your biggest asset and is probably the biggest purchase you will ever make, so it would stand to reason that you would want to protect it from unforeseen events that might harm it causing expensive damage.

And you’re not the only one who wants to protect your home, at least while it’s still partially owned by the bank. While you are paying off your mortgage, you are also required to have homeowners insurance to protect the bank’s property. You can either get it through the bank or through another insurance company, but one way or another, you have to have it.

Although having another expense forced upon you is never appreciated, this is one that is actually genuinely beneficial to the consumer, but to a point.

Here are a few of the most important holes in your insurance plan:

Floods
Some regions in the United States have “flood season,” predictable times of year when rainfall is so great that the water cannot be drained and instead rises up inside your house, damaging anything from the structure of your home to the walls to your possessions.

You can, however, get flood insurance through an entity separate from your homeowners insurance. The National Flood Insurance Program, is a govern 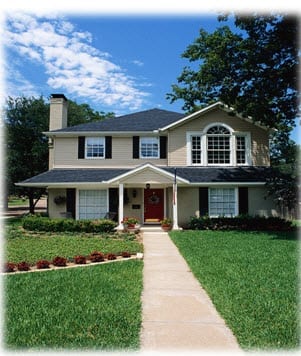 ment program to provide affordable flood insurance. In some high risk flood areas flood insurance is actually mandatory. It is not profitable for ordinary insurance companies to insure homes against something that will almost certainly happen, so the federal government stepped in to create an affordable program.

Earthquakes
Earthquakes are another thing that happens much more frequently in certain regions of the country than in others. These natural disasters can be incredible devastating, even completely destructive. The only thing that can mitigate the damage is a properly built home that’s up to code.

Once again it is not profitable for an insurance company to insure homes against earthquakes. If an earthquake strikes a certain region, this could mean millions of checks to write to customers. But you can purchase earthquake insurance from an ordinary insurance company. If you leave near a fault line, insurance might be more expensive, but earthquake damage could be far more devastating.

Other Exclusions
Although earthquakes and floods are the most prevalent causes of damage to a home that are not covered by an insurance policy, there are other things that can damage a home that aren’t covered in a home insurance policy including damage from war and nuclear disasters. But such events are incredibly rare and the chances that they will happen are very small.