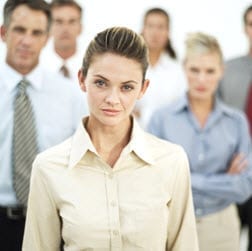 The Employee Benefit Research Institute has released a new study concerning the changes seen in employee health insurance plans seen over the last year. The study shows that the changes have been relatively small, but they have had some impact on the insurance market. High deductible insurance plans are beginning to grow, according to the study, though traditional insurance plans – those with low deductibles – continue to dominate the market. The research institute claims that high deductible plans may overtake more conventional plans by the end of next year.

According to the report, which is the seventh annual “Consumer Engagement in Health Care Survey, high deductible employee insurance plans grew by 2% this year. These plans grew by 16% amongst individuals. Consumer-driven plans seem to be growing in popularity due to the higher levels of control individuals have over managing their plans. Enrollment in these plans grew to 7% this year, up from 5% in 2010.

The study shows that those engaged in consumer-driven insurance plans exhibited more financial responsibility. This may be due to higher deductibles, but the study also notes that consumers were more likely to purchase policies they were sure would meet their needs. These consumers were able to avoid paying for coverage that they did not need. Consumers were also more likely to participate in health-risk assessment programs, which could save them money on some insurance plans.

Also  in other recent surveys, supplemental health insurance plans have seen an increase in popularity too. Many are using these types of plans to fill in the gaps of high deductible plans.