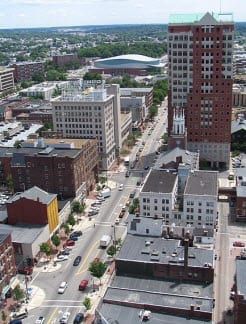 Study reveals that few understand the markets for medical coverage in the state.

New Hampshire is getting ready to begin its health insurance marketplace, as per the federal healthcare reforms, but a recent survey has shown that the vast majority of the residents of the state either don’t understand the changes or are completely unaware that they will be occurring.

The marketplace is being created by the state and should be open for enrollment by October.

The health insurance exchange in the state is going to be called the New Hampshire Voices for Health. Its creation will involve the participation of over 40 different organizations that advocate for healthcare that both quality and affordable. That group hired an independent consultant in order to look into the current level of understanding regarding the marketplace among the residents of the state.

A survey was administered to find out how the health insurance exchange should be operated.

The survey discovered a number of different things, including the fact that many of the residents of New Hampshire were either completely unaware of the fact that the health insurance exchange was going to be created, and that those that were aware of it are in strong disagreement regarding how it should be created and operated.

The survey involved several questions and was distributed near the end of January. It was sent out to various industry organizations and advocacy groups that represent consumers, businesses, insurers, and healthcare providers. The request that was sent out with the survey was that it be widely distributed both inside and outside of the organizations.

The completion of the survey was last week. By that point, 648 people had provided their responses. Though it was not considered to be a scientific study, the findings have still provided highly useful information. What they primarily indicated was that there is a great deal more work required for the education of individuals and businesses regarding the upcoming health insurance marketplace in New Hampshire.

According to the Voices for Health policy director, Lisa Kaplan Howe, “Those who live in this bubble of hearing about the marketplace all the time forget that the vast majority of the people in the state know very little about it.” She pointed out that the people who have spent a considerable amount of time planning the health insurance marketplace “can envision it, but otherwise you’re talking about something very amorphous.”