Insurance enrollment scam has been discovered operating in the state

A health insurance enrollment scam has been uncovered in Kansas. After receiving several complaints from consumers, the Kansas Association for the Medically Underserved has discovered the scam. Consumers have been reporting that an “aggressive marketer” claiming to represent the National Health Enrollment Center has been calling, attempting to encourage people to enroll through a system not affiliated with the state’s health insurance exchange. The culprit also claims to sell insurance coverage directly, allowing consumers to avoid the exchange marketplace.

Notably, the National Health Enrollment Center is not affiliated with the state’s insurance exchange directly. The organization does not make unsolicited calls to individuals. The organization has been the subject of controversy in recent weeks due to aggressive calls that have been made. With the open enrollment period having begun at the beginning of November, state officials had expressed concern that there would be enrollment scams coming from those that were not authorized or affiliated with the health insurance exchange in any way.

Scammers may be calling consumers from out of state 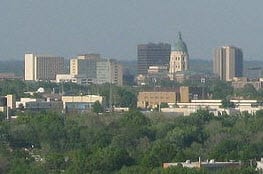 The Kansas Association for the Medically Underserved claims that those responsible for the enrollment scam make calls from various phone numbers. The numbers can be manipulated to appear as though they are local, but it is likely that these calls are being made from out of state or, potentially, out of the country. Those receiving these unsolicited calls are being encouraged to contact the Kansas Attorney General’s Office, or the Kansas Insurance Department. Both agency’s may be able to resolve the issue and provide consumers with more information.

Health insurance scams continue to be a problem for many states

Health insurance scams are not uncommon. Since the launch of insurance exchange, states have been battling these scams for the sake of consumers. Many scammers have been caught over the years, but the problem is likely to persist, as consumers can be prime targets for malicious groups. Consumers are encouraged to always use official health insurance exchange channels, either through HealthCare.gov, or a website that has been set up by the state itself, which is the case for state-run insurance exchanges.