BlueCross BlueShield of Tennessee is preparing to request for additional rate hikes in the coming months. The company is the largest health insurance provider in the state and is looking to raise premiums in an effort to overcome financial losses. The insurer has estimated that it will have lost $150 million by providing insurance policies through exchange marketplaces. Exchanges were designed to make coverage more accessible, something which they managed to accomplish quite well.

Many insurers have seen financial losses as a result of participating in health insurance exchanges. Millions of consumers have managed to find coverage through these marketplaces, and many are beginning to use their newfound coverage to obtain the medical care they need. This has lead to a growth in the number of claims that insurers have had to deal with. More claims translate into greater financial losses at a time when medical costs are also on the rise. As such, insurers have been seeking rate increases in order to recover.

BlueShield Blue Cross intends to raise rates by an average of 36.3% 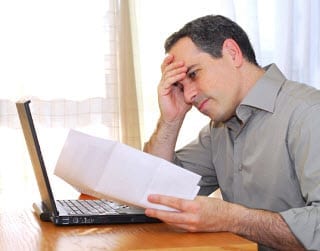 BlueCross Blue Shield will submit a preliminary rate increase proposal to state regulators in the near future. The insurer is looking for approval to increase premiums by an average of 36.3%. If approved, higher premiums will be put into effect in 2017 and will affect policies sold through the state’s health insurance coverage. The rate proposal is likely to be approved, as state regulators have noted that consumers should be expecting to pay more for health insurance coverage in the coming year.

Some insurers feel financial strain due to the Affordable Care Act

The Affordable Care Act was designed to make coverage more accessible to consumers. In this respect, it has succeeded, as millions of people throughout the country now have health insurance policies. Many insurers have begun to see financial losses by participating in exchange marketplaces, which has lead to some opting out of exchanges altogether. Others are feeling pressure to raise premiums in order remain effective in their chosen marketplaces.