The Congressional Budget Office released a statement outlining the financial impact if the president goes ahead with his plans.

Health insurance premiums for the most popular plans are going to spike by 20 percent in 2018 if President Trump moves forward with his current threats to the Affordable Care Act. This data was released by the Congressional Budget Office.

It also said Trump’s plans would harm the federal budget deficits by increasing them by $194 billion.

The federal deficit would suffer by nearly 200 billion over the next ten years if Trump carries out his threat against subsidizing health insurance premiums. This move is also expected to have an impact on the ability of low-income Americans to obtain health insurance coverage, and it will shake the coverage industry, said the Congressional Budget Office statement this week.

The Affordable Care Act subsidies were put in place to help lower income Americans to be able to afford premiums. They are paid in order to make it worthwhile for insurance companies to reduce co-payments, deductibles and other forms of out-of-pocket costs for policyholders. This places coverage and care within reach of people who might not otherwise be able to afford doctor visits, filling prescriptions or hospital care. 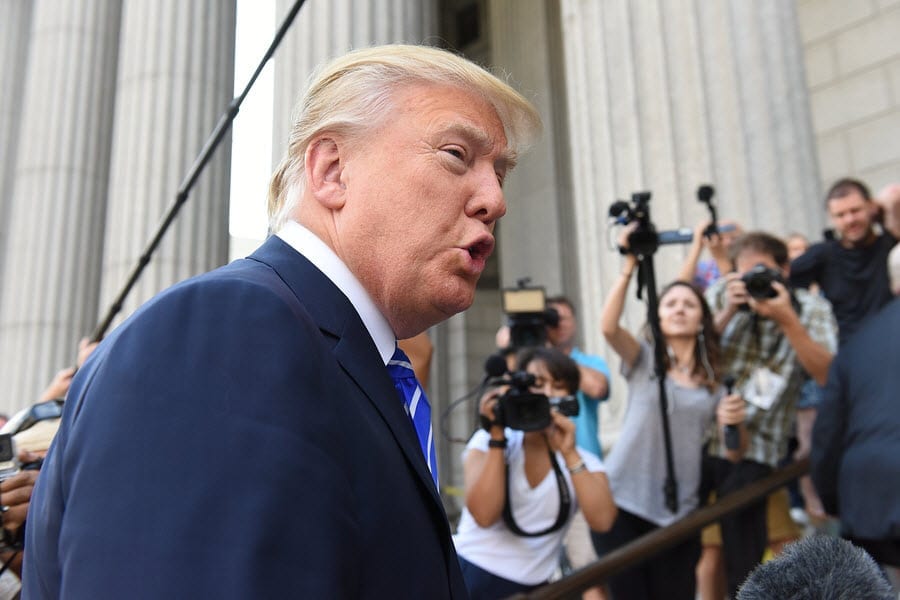 The president has been gunning for the health insurance subsidies because he claims that the Affordable Care Act is going to “implode.” He stated that this would force Democrats to have to enter into negotiations for a new health care law. He had previously stated that his strategy was to “Let Obamacare implode, then deal.”

However, with each passing month, a growing number of threats are being issued toward the health care law. Still, the Trump administration continues to provide the subsidies.

The nonpartisan Congressional Budget Office tallied up the financial impact of Trump’s threats should he ever put them into place. This information may prove helpful to Democrats hoping to force the Trump administration and Congress to keep the subsidies going.

“Try to wriggle out of his responsibilities as he might, the C.B.O. report makes clear that if President Trump refuses to make these payments, he will be responsible for American families paying more for less care,” said Chuck Schumer, the Senate Democratic leader from New York when discussing the new health insurance premiums forecast. “He’s the president and the ball is in his court – American families await his action.”