Health insurance may be more costly for consumers in the U.S. than federal tax penalties associated with the country’s health care reform. According to the provisions of the Affordable Care Act, those without insurance coverage face a fine. This fine is based on a person’s income, but is also set at a flat rate of $99. The fine is issued every year and is due when taxes are being filed to the federal government.

A team of researchers from the University of Tennessee Health Science Center in Memphis have examined the costs associated with purchasing health insurance through state-based exchanges. The team found that even the lowest tier, and least expensive, coverage was more costly than penalties being issued by the federal government. The team factored in subsidies that are being offered by the federal government as well. Even with subsidies, insurance coverage is often more expensive than federal penalties.

Tax penalties are currently set at a modest level 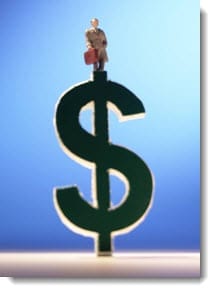 Currently, the tax penalties associated with the Affordable Care Act are somewhat modest. These penalties are meant to incentivize the purchase of health insurance. Insurance coverage is, however, more expensive than the penalties that people face from being uninsured. If those without insurance suffer from serious medical conditions, they will be under greater financial stress than if they were paying for insurance coverage, of course.

The penalties introduced by the Affordable Care Act are meant to increase over time. In the future, penalties may be a greater financial burden than insurance coverage. This will depend on premium inflation, however, as rates for insurance coverage are constantly on the rise. Premiums for policies sold through insurance exchanges are expected to grow significantly in the coming year, partly due to the relatively low rate of enrollment from young and healthy consumers. If young people stay away from exchanges, premiums are likely to continue growing at an accelerated rate.