A new study conducted by American and Canadian researchers has provided new insight for the industry.

The results of new research have just been released in Vancouver, indicating that health insurance could help to reduce the instance of deaths related to the use of opioid drugs.

The reason that was found for this trend is that substitution treatment would be covered.

Health insurance makes it possible for patients to be able to have coverage for methadone and other substitution treatments when they are struggling with addictions to these powerful medications. The research was conducted by researchers at the B.C. Centre for Excellence in HIV/AIDS who were working with American researchers. 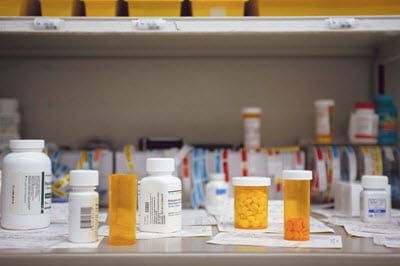 The health insurance study also made a number of recommendations regarding evidence based treatment expansion.

The researchers conducting the health insurance study provided a number of recommendations such as the expansion of treatments that are evidence based. These are the form that provide indefinite treatment and that provide care for those who are addicted as a form of recurring condition.

One of the researchers, Dr. Bohdan Nosyk, explained that treatment that is oriented toward maintenance is a better strategy than rehab stays over shorter terms, and that health insurance

companies could provide relief from the expense paid by those who are trying to recover from addictions to other drugs such as heroin.

Nosyk stated that “If it’s methadone, where you’re picking up prescriptions every day from a pharmacy, the costs add up.” This rising expense can make the form of treatment cost prohibitive so that people will not be able to obtain the treatment that they require. “There’s a strong case to have full coverage for these medications because of the huge benefits to society in terms of reduced crime and the huge personal benefits in terms of reducing risk of death.”

Frank Swedlove, the president of the Canadian Life and Health Insurance Association, said that while he did not object to the concept, he has never heard of that form of supplementary health insurance coverage. Nosyk stated that this type of coverage would be best as a form provided by the government instead of requiring individuals to rely on private insurer plans.