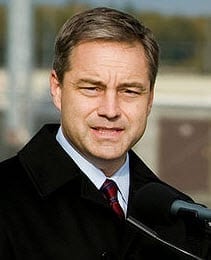 The governor of the state has stuck with his July decision not to run the program.

A spokesperson for the Governor Sean Parnell of Alaska, Sharon Leighow, has revealed that the state will not be running its own health insurance exchange and that it will be holding to the decision that was made by the governor back in July 2012.

The announcement showed that no changes were made to the original prediction regarding the program.

This means that, according to the Affordable Care Act, federal officials will now be taking over the development and implementation of the online health insurance marketplace. This core element of the healthcare reforms is meant to provide small businesses, individuals, and families with a place where they can compare and shop for their plans and apply for subsidies to help to pay for them, if applicable.

The states needed to make their final health insurance exchange decisions by November 16.

The decision was to create their own health insurance exchange program, to work in conjunction with the federal government to set it up with added assistance, or simply leave the entire thing to the U.S. Department of Health and Human Services. Today, Friday, is the deadline for making this decision.

Leighow explained that Alaska has opted not to take part in their own health insurance exchange, either on their own or with the federal government’s help. This insurance news means that the U.S. Department of Health and Human Services will be in complete control of that state’s online marketplace.

According to Parnell, when he rejected the idea of having the state run the program, back in July, “Federally mandated programs should be paid for by federal dollars.”

At the same time, U.S. Senator Mark Begich (D) has said that if Alaska had taken control of its own program, then the state would have been able to partner with some of the other states in order to build a larger pool from which Alaskans could buy health insurance. He also pointed out that at the moment, there are currently 118,000 residents of the state who are uninsured.