Huge pressure regarding massive spending on chartered flights causes Price to step down.

Tom Price, Health and Human Services Secretary, has now resigned under massive pressure due to his high travel bills. Price accumulated at least $400,000 in travel expenses – primarily from chartered flights – which was in direct opposition to the Trump administration’s promise to “drain the swamp.”

President Trump has been promising to reduce the corrupt and entitled capital in the government.

Price had already been facing trouble from Trump for having been unsuccessful as Health and Human Services Secretary to repeal and replace the Affordable Care Act. One of Trump’s biggest campaign promises had been to kill Obamacare and replace it with a health care system that would be far more successful and cost effective. However, despite multiple attempts to pursue that goal, progress has not yet been made.

In order to help diffuse the president’s annoyance, Price offered his regrets and said he would partially reimburse the spent money. The resignation was the most recent attempt to step away from the struggles he faced.

The Health and Human Services Secretary resignation topped off a week full of setbacks for Trump. 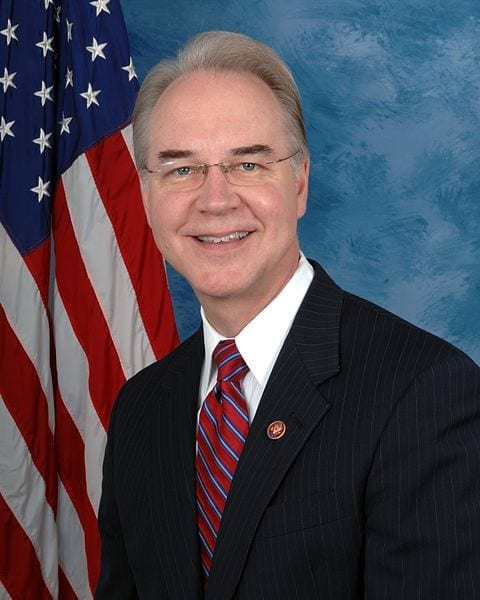 The Trump administration has been battling with an increasingly rocky ecosystem which became rapidly worse last week.

“I’m not happy, OK?” said President Trump to the media when asked about Price’s situation around an hour before the DHHS Secretary announced he was resigning. At the time, Trump was getting ready for his weekend at his golf club in New Jersey. “I can tell you, I’m not happy,” he added. He pointed out that Price is “a very good man” but also stated that it “would be unacceptable” for him to repay only part of the cost of the private flights to the government.

The controversy and ire drawn over the Health and Human Services Secretary’s spending and the resignation to top it off capped a turbulent week for the president. The firestorm inside and around the Oval Office against various actions of the administration has come from many layers and has been aimed at issues and individuals right near the top, including Trump’s own rant against Price. Going forward, all cabinet travel requests will need to receive the White House’s nod.