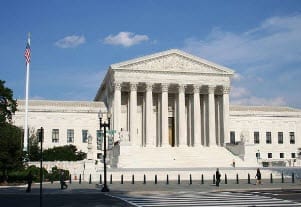 Justices from the Supreme Court have ordered another look at a key requirement of the law.

The U.S. Supreme Court has ordered a federal court of appeals to reexamine a central requirement of the health care reforms, in order to decide whether or not the provision is violating the religious freedoms of some Americans.

The issue stems from a lawsuit that is pending from Liberty University, a private school.

The educational institution has claimed in its suit that – among other issues that it has called to light – the health care reforms as they currently stand would require taxpayer money to fund contraception and abortions. The Obama administration rejects these allegations. That said, in order to clear up the truth of the matter, the Supreme Court justices issued the order to have the matter investigated.

The health care reforms from President Obama have already been upheld by the top court in the country.

However, the decision that was made in June also left the door open for ongoing legal challenges into certain elements of the applications of the health care reforms. It is in this space that the school, based in Lynchburg, Virginia, has made its legal move. Liberty University claims to be the largest Christian evangelical college worldwide.

In 2011, a panel of three judges from the 4th Circuit U.S. Court of Appeals gave a unanimous ruling that the lawsuit from the school should not be allowed to proceed on jurisdictional grounds. As of yet, there is no way of knowing whether or not the court of appeals will be reexamining the issue now that the Supreme Court has given its order.

Following the ruling in favor of the constitutionality of the health care reforms and its funding mechanism – that is, the individual mandate which states that almost every American is required to either purchase health insurance coverage or pay a penalty for failing to do so – all other pending appeals were shut down.

However, Liberty University took the added step of filing its lawsuit a second time. It justified this move by saying that its objections to parts of the health care reforms law should be reconsidered, since the approval to the law as a whole with a 5-4 ruling by the court.