Los Angeles, CA: LiveInsuranceNews.com has run its first poll concerning health care reform in the U.S. This has been a hot topic for some time and has served to divide much of the country. Before the Affordable Care Act was signed into law, many people questioned whether or not it would be able to solve the problems of the country’s health care sector. Others were convinced that the law would solve these problems and help make insurance coverage more affordable, if not completely free. Since the law was enacted, the country’s health care sector has shifted tremendously, and not many people are yet satisfied with the results.

According to the survey, 71% of readers believe that health care reform is in need of reform.

Some readers suggest that more attention should be paid to the medical industry rather than health insurance. Medical costs have been rising throughout the country for some time, due to the growing costs of new technology, treatments, and the higher salaries that medical professionals are demanding. Health insurance companies often cite growing medical costs as the reason behind high insurance premiums.

Some suggest that the Affordable Care Act is only experiencing turbulence because of its relative youth. 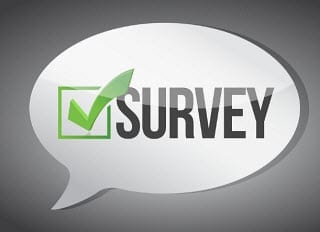 Many of the provisions of the health care reform law may not have had enough time to accomplish their purpose effectively. Some of these provisions have to do with tax reform, the effects of which will not be seen for several years. Issues concerning federal insurance exchanges  are also a matter of concern for readers, but some suggest that once these problems are resolved, health care reform will seem more favorable.

Overall, readers appear to be unsatisfied with the Affordable Care Act.

Some call it an economic disaster, suggesting that the federal law does not do enough to fix certain financial issues that the health care sector has without negatively impacting the private sector. In the wake of the financial crisis of 2008, many people lost their jobs and their ability to pay for insurance coverage. With health insurance becoming mandatory in the U.S. due to the Affordable Care Act, many people are finding themselves liable for federal penalties, often because they cannot afford coverage.

Exactly how the Affordable Care Act should be changed is a complex issue. Introducing new provisions that focus more heavily on the medical industry may be needed in order for reform to become a universal success. Introducing new ways for people to obtain health insurance coverage, beyond federal exchanges, may also  be required. Whether or not such changes will ever be made to the Affordable Care Act is impossible to know for certain, but if people continue to make their opinions known, there are always ears to listen and ensure that their voices are heard.