Newly released records have shown that most of the signups for insurance coverage are over that age.

Among all of the 2.2 million people who have purchased insurance on the federal and state exchanges as per the requirements of the health care reform during the last three months, over half are in the age group of 45 years or older.

Should this health insurance enrollment trend continue, it could throw the figures off the predictions. 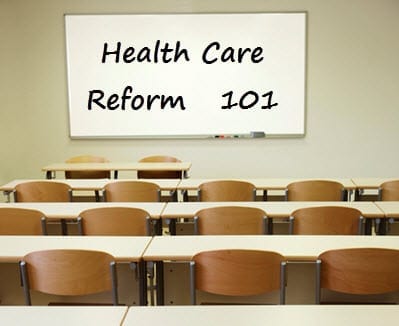 The health care reform forecasts were based on a much larger participation from individuals in a younger age group. These younger and healthier policyholders tend to use medical services less, in effect, subsidizing older age groups through the premiums that they pay. The predictions for the system were based on a larger number of younger people enrolling for coverage.

Nearly 1.2 million people have enrolled to comply with the individual mandate of the health care reform.

This, according to the statistics released by Health and Human Services (HHS) Secretary Kathleen Sebelius when she released the data from the October 1 through December 28 enrollments. Over 1 million people enrolled in coverage in December, alone.

Beyond those figures, there are an additional 956,000 people who have signed up for their private health insurance coverage through the exchanges that are based in individual states, instead of being run by the federal government. That figure represents the signups that occurred during the same period of time, according to records from the HHS.

Sebelius and other officials also pointed out that 55 percent of all of those enrolled in coverage through the exchanges are between the ages of 45 and 64 years old. That said, even though the majority of people are within that age group, officials from the HHS have also pointed out that more than a quarter of all of those who have signed up – approximately 26 percent – are under the age of 35 years.

According to acting HHS deputy secretary for planning and evaluation, Nancy Delew, this percentage of younger enrollees in the health care reform law’s individual mandate is comparable to the percentage that was seen in the earlier months of the exchange in Massachusetts, which was established in 2006 and provided a model for the federal overhaul.