The alert is regarding the Glass and Zogg wildfires which threaten Napa, Sonoma and Shasta counties.

Governor Gavin Newsom has declared a California state of emergency in three counties as a result of the Glass and Zogg fires. Those wildfires have already killed three people and have torched their way through thousands of acres since last Sunday.

The governor included Napa, Sonoma and Shasta in his statement and sent a letter to President Trump.

In Governor Newsom’s letter regarding the California state of emergency in the three counties, he addressed US President Donald Trump by way of the Federal Emergency Management Agency (FEMA). In it, he requested that the president also declare a major disaster. This would provide the opportunity to add greater response to the fires that are devastating California.

The governor’s declaration stated that its purpose was to “assist state and local wildfire response and recovery efforts in the counties of Fresno, Los Angeles, Madera, Mendocino, San Bernardino, San Diego and Siskiyou.” The request was made following the destruction of 146 structures and burning 31,000 in Chasta County by the Zogg Fire. It occurred at the same time as another wildfire outbreak in the heart of the state’s wine region north of the Bay Area.

The California state of emergency in the three counties was declared as that next blaze took off.

That second massive wildfire is the Glass Fire. As of the writing of this article, it had already burned its way across 43,000 acres of terrain comparable to that of the Zogg Fire, only this one was located in the Napa and Sonoma counties. It has destroyed at least 80 buildings so far. It broke out on early Sunday and rapidly scorched its way across the regions.

By Monday evening, both the Zogg and Glass fires had been listed with a rating of zero containment. By the writing of this article, the Zogg fire had burned over 52,000 acres. 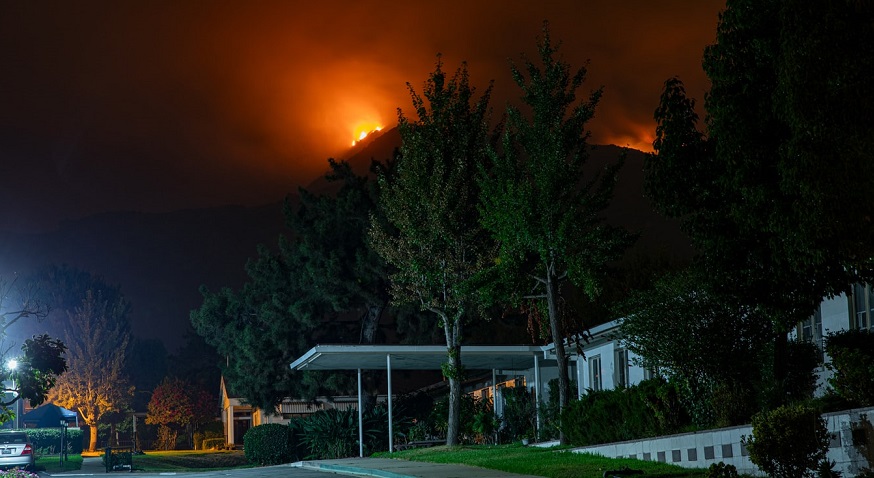 The causes of the wildfires leasing to the California state of emergency in three counties has not yet been identified. That said, they are both currently under investigation.