Insurers come together to form the Global Federation of Insurance Associations

Insurance regulations around the world are becoming more stringent in the wake of the global financial crisis that began taking off in 2008. The crisis is responsible for a severe economic depression in the U.S. and other countries and is being widely attributed to the lack of strict regulation of both the insurance and banking industries. Because of the industry’s link to the financial crisis, companies around the world are beginning to see extreme regulations that are ma 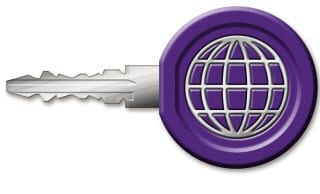 king it nearly impossible to conduct business in an efficient manner. To combat these regulations, the Global Federation of Insurance Associations has been formed.

The Global Federation of Insurance Associations is comprised of insurance companies and advocacy groups from around the world. The organization aims to mitigate the potential problems that strong regulations can cause by encouraging lawmakers to seek out alternatives and work with insurance companies rather than against them. Regulations that are considered malicious are to be lobbied against until a replacement can be found.

Necessary regulations will be supported

Though the organization is taking a strong stance against regulations, it is not actually an enemy of stronger regulations imposed on the insurance industry. The group is meant to ensure that the global industry can address issues as a unified front rather than a fragmented conglomerations with differing agendas. The Global Federation of Insurance Associations will support regulations that are deemed necessary and will also be open to working with lawmakers in order to ensure that regulations are fair and justified in a given market.

Though the Global Federation of Insurance Associations is not meant to be overtly confrontational, the organization is likely to be met with its fair share of controversy in the future. In some countries, lawmakers have won their positions by promising to dismantle the insurance companies that have been linked with the financial crisis. In these countries, harsh regulations against insurance companies are expected to be among the first targets for the newly formed organization.