While everyone already knows they need essential health and automotive insurance, other types of insurance aren’t well-known.

Professional gaming is a new career pursuit that many of the younger generations are trying out. Many think gaming does not involve any risks and might not think they need any type of insurance, but that is far from the truth.

What is Professional Gaming?

With the development of game-streaming platforms such as Twitch, many gamers are competing with each other on a professional level. Even newcomers are able to participate, often opting to buy Twitch followers in order to compete with more well-known gamers.

Professional gaming or Esports is played using a variety of video game genres, as long as it is competitive. Revenue generated from Esports surpassed $1 Billion even ten  years ago. The source of income is subscriptions paid by viewers or ad-generated revenue.

Players can join major tournaments, and the system is often similar to that of live sports tournaments.

What is Disability Insurance?

Many jobs are dangerous and require that the employer ensures the safety of employees for job-related risks. This type is known as disability insurance, and it’s common in many industries. While it is obvious that some jobs (such as mining, fire fighting, waste collection, or medical professions) require disability insurance, it may not be immediately apparent in other career paths.

Many people who are not familiar with professional gaming do not view it as a job in the strictest definition. They argue that the gamers are enjoying themselves while playing, and thus it is merely a source of income (however large).

The truth, however, is that professional gaming is not an easy career to pursue. The competition is fierce, and as with any sport, rigorous training is a must. Gamers employ different methods to help them withstand hours of gaming, such as purchasing special chairs and setting up a system for easy access to water and food.

Continuously using a gaming controller (common with most consoles) or any other medium to play poses a variety of health risks for gamers. If a gamer is severely injured, this will, in turn, prevent them from participating in tournaments. By definition, the loss of their income is directly related to an injury caused by their jobs. Thus, sponsors and insurers should both be setting up systems for disability insurance for professional gamers.

It may seem implausible, but repetitive use may lead to any of the following:

As you can see, the above listed conditions are mostly related to overuse and repeated actions involving the same muscles. In other words, they are conditions due to the wear and tear of the muscles, tendons, and joints that gamers use more often than the average person.

Gaming may be fun, but whenever you are competing for something as a career, you are bound to get carried away. 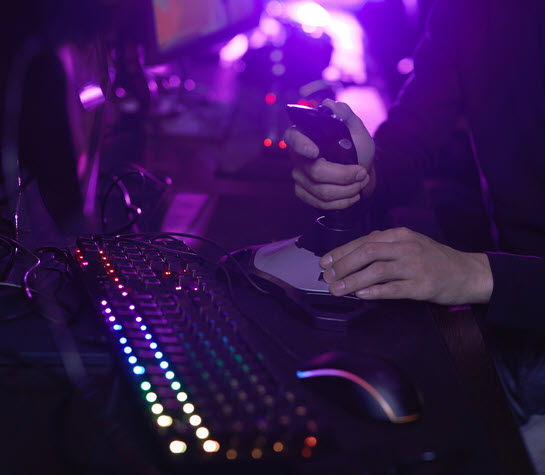 Gamers are often injured in their line of work, and should also be compensated by being insured, as with any other jobs. Sponsors should especially think of insuring their “employees” because the risks will also impact their business model as the gamers are unable to generate revenue when they are injured.