The agreement that has been reached will require a payment of a total of $300 million to resolve the allegations.

Assurant Inc. and J.P. Morgan Chase have now agreed to a settlement in a class action suit against them that will cause them to pay $300 million in order to resolve the allegations against them regarding force placed insurance selling.

The claims against the companies had to do with a special type of homeowners coverage applied on behalf of the policyholders.

The settlement that has been proposed is among the first and the largest in a number of lawsuits from plaintiffs that say that they were charged far too much for force placed insurance and that are now making their ways through the courts across the country. These specific cases are focused on a practice that is quite common but that the majority of people aren’t aware exists. 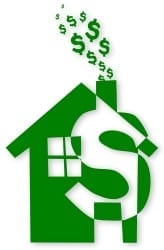 Now the courts are starting to decide if many force placed insurance practices are appropriate.

Force placed insurance coverage is a type of homeowners insurance that is purchased on behalf of homeowners who have a mortgage with a certain financial institution, but that have allowed their property coverage to lapse. As the agreement between the property owner and the lender states that coverage must be maintained until the loan is paid, the lender has the right to purchase homeowners insurance on behalf of the borrower and require that the borrower pay the premiums.

The issue is that many property owners are saying that the current force placed insurance practices are causing borrowers to have to contend with unnecessarily high priced policies. They have stated that the arrangements made by the lenders allowed those financial institutions to benefit while the borrowers were struggling to pay their premiums.

The settlement was initially filed on Friday in a Miami federal court. It must still receive the court’s approval in order to be able to move forward. This force placed insurance settlement is an element of a broader effort being made by J.P. Morgan to move on from a number of different legal headaches and dump lawsuits from the time of the financial crisis, while it rebuilds some of its relationships with regulators.

At the same time, the settlement was not an admission from J.P. Morgan that any wrongdoing had occurred, and they have not admitted liability. A representative of the bank said that the force placed insurance settlement “will have no expected impact on our financials.”