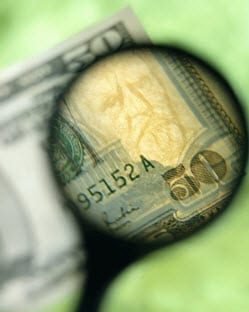 The state insurance regulator in New York is currently performing an investigation as to whether or not the rates for force-placed insurance that are being charged by companies should be deemed excessive, and is requesting data from insurers such as Assurant Inc.

The New York Department of Financial Services released a statement that said that it is trying to obtain basis for “consistently high profits” that are occurring at the investors’ and homeowners’ expense. It is also requiring that insurers such as the units of Assurant, Balboa Insurance Co., and QBE Insurance Corp., provide additional information.

The department head, Benjamin Lawsky, reported within the statement that “We have asked insurers to provide a complete breakdown of how much they collect and where every penny goes so we can determine if the premiums are appropriate and the basis for these payments.”

Force-placed insurance is the form of coverage that banks and mortgage services take out on homes on behalf of the homeowners in a number of different circumstances. For example, if a homeowner does not have adequate coverage for the home, or if he or she should allow the home policy to lapse, then those lending institutions make obtain coverage on behalf of the owner and at his or her expense.

According to the insurance regulator in New York, which started to perform its inquiry into this situation back in October 2011, they have discovered “serious concerns” that the insurance premiums that are being charged to those homeowners have been “artificially inflated.” This investigation is also designed to examine the relationship among the banks and mortgage services with the insurance companies, agents, and brokers.

Assurant spokesperson, Robert Byrd, has explained that the insurance company, which is based in New York, is “committed to cooperating” with the investigation by the Department of Financial Services. QBE spokesperson, Paula Symons, declined the opportunity to leave a comment. Representatives from Balboa were unavailable to make their own comment.

The demand made by the Department of Financial Services for data from the insurance companies was first made last week but further details were revealed after that initial report.