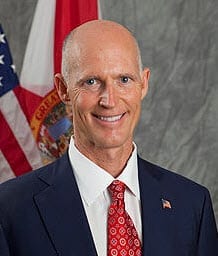 Florida Governor Rick Scott is claiming a major victory on behalf of the state’s citizens this week. The state Senate has passed legislation that will reform the state’s troublesome personal injury protection (PIP) auto insurance system. The system has been wrought with fraud for several years, becoming much worse over the past two. Legislators supporting reform claim that this fraud was causing auto insurers to raise rates on coverage at alarming speed. The new legislation seeks to remedy the problem.

The legislation that was passed by the Senate is House Bill 119. This bill beat out an alternative reform legislation drafted by the Senate by a vote of 22-17. According to the bill, victims of car accidents have 14 days to receive treatment and can only do so from a hospital or ambulance. This is meant to cut down on the risk of dubious health care clinics trying to take advantage of accident victims. The bill also limits the normally $10,000 medical benefit associated with PIP coverage to just $2,500 for non-emergency conditions such as whiplash.

HB 119 underwent numerous changes while navigating the legislative landscape. The bill is now significantly different from what it was when it was first created last year. Governor Scott claims that these changes were necessary to win favor from both the Senate and the House of Representatives. The Governor is expected to sign the bill into law this week.