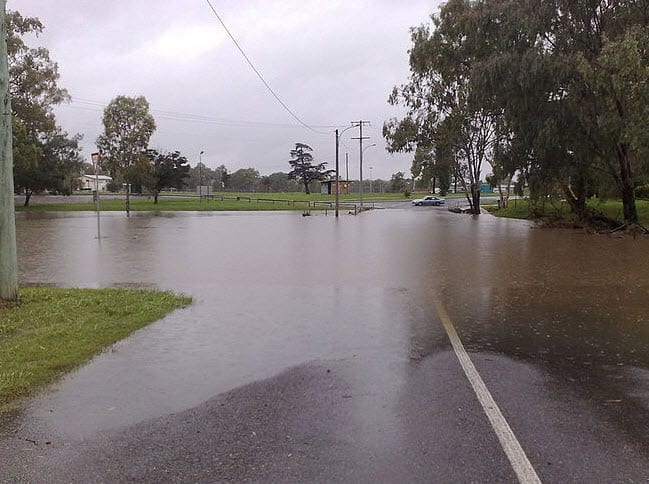 Forecasters have predicted that this summer could be accompanied by the worst flooding the United States has seen in its history, as rivers continue to run higher than flood levels and the soil is still saturated from the spring’s rising waters.

The last record-breaking floods were in 1993, when $25 billion in damages occurred between the months of April and August within nine states.

According to the National Weather Service, this year, the water levels haven’t receded much and the soil remains soaked so that it would take only a little bit of rain to send regions back into a state of flooding that would break the records that have already been set in 2011.

The high-risk factors for flooding are predicted to continue throughout the summer months and may break the flooding records that have been set over the last twenty years.

According to a statement made by director Jack Hayes, of the National Oceanic and Atmospheric Administration’s (NOAA) National Weather Service, “There is nowhere for any additional water to go.”  He added that though it isn’t common for this circumstance to occur at this time of the year, but all indications point to the continued high risk of flooding.

The Climate Prediction Service by the NOAA has predicted that if the areas that are already vulnerable to flooding receive the typical amount of rainfall that they usually receive in the summer months, flooding will be significant.  Moreover, the rising temperature in the areas of the Rockies will also contribute to the threat f flooding as water will melt and run down from the remaining snowpack.