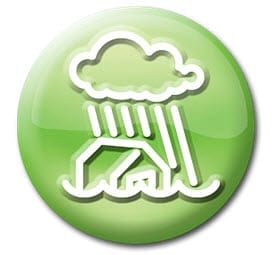 Thousands of residents in Long Island, New York, are still waiting on their insurance payouts in the aftermath of Hurricane Sandy. The powerful storm struck the island more than three months ago, but many of its homeowners are still struggling to recover from the damage caused by the devastating storm. Most of these homeowners have been in contact with their insurance providers, but insurers have continued to delay claims payments or outright denying claims due to technicalities. For the vast majority of these people, problems with their homeowners insurance coverage is actually a problem with the federal government’s flood insurance program.

Very few private insurance companies offer flood insurance in areas that are near the coast. Those that do typically only offer such coverage to businesses, leaving the majority of consumers to receive their flood insurance through the federal National Flood Insurance Program. The federal program is administered by the Federal Emergency Management Agency (FEMA), which claims that nearly half of all New York residents that have filed claims with the program have yet to receive payouts. The lack of funds has slowed the recovery effort considerably.

Federal program continues to be crippled by financial trouble

The National Flood Insurance program is riddled with serious financial problems that have consistently threatened its stability. Before Hurricane Sandy, the federal government had approved additional funds for the program that would ensure its continued operation for another five years. The powerful storm carved a sizable sum out of this financing, however, furthering the program’s financial woes. These problems continue to be felt by consumers that rely on the flood insurance program.