Florida homeowners are bracing themselves for a major increase in their flood insurance rates. Provisions of the Biggert-Waters Flood Insurance Reform Act of 2012 are set to take effect in the coming weeks and this will involve a major spike in insurance premiums. The law is meant to address the financial issues that have plagued the National Flood Insurance Program for the past several years. The federal program accounts for the vast majority of flood protection in the U.S. and is currently in a $28 billion deficit. 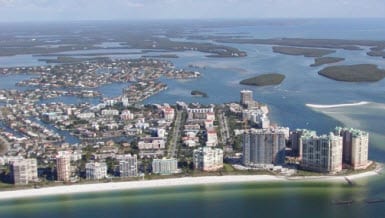 Congress is currently debating a $1.1 trillion budget deal that would help resolve some of the issues concerning the federal insurance program. Part of this deal involves delaying the increase of flood insurance premiums for as much as four years. If rate hikes are delayed, federal committees will be tasked with investigating the economic impact higher rates would have, providing Congress with more information concerning the problems that exist in the flood insurance sector.

Higher insurance prices are not only going to affect homeowners, of course, as businesses in Florida must also protect themselves from flood disasters. Some businesses are expecting to see their flood rates rise from $3,000 a year to over $30,000 a year. Businesses that had not had to purchase coverage in the past because they were not located in so called “danger zones” are not having to purchase coverage because of the expansion of these danger zones.

Florida Governor Rick Scott has written a letter to President Barack Obama concerning the issue of higher flood insurance premiums. In the letter, Scott urges the President to take action on the Biggert-Waters law, suggesting that the law itself is causing significant economic damage to Florida. This is the second letter that Scott has written to President Obama concerning this issue, with the first letter being issued in December of 2013. While Congress has been paying some attention to the issue, lawmakers are not likely to take any legislative action within the coming months.