Homeowners seeking to purchase coverage against overland flooding will be paying more as of this month.

Changes that took effect on April 1 are sending flood insurance premiums skyward. This applies to homeowners who already have coverage against flooding as well as those who are buying it for the first time.

As a result, the average annual flood insurance premiums are now around $878. This doesn’t include a number of different types of surcharge which may apply depending on a homeowner’s specific location and circumstance. This, according to the Federal Emergency Management Agency (FEMA), which is responsible for administering the National Flood Insurance Program (NFIP).

That said, FEMA also pointed out that some properties may see even higher increases than that average. Those properties include homes located in very high risk areas as well as second homes and homes for which a number of flooding claims have already been made.

These increases in flood insurance premiums are not unprecedented, but it doesn’t make them easier for homeowners. 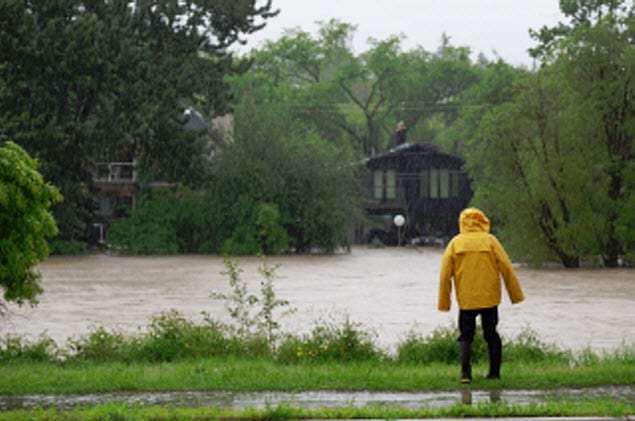 Insurance focused advocacy group, United Policyholders’ executive director, Amy Bach, said that it is not uncommon for some homeowners to see annual premiums in the four and five figure range. This is especially true in areas that are prone to flooding and that are situated in coastal areas or along inland waterways.

In fact, for many people, the increases to flood insurance rates aren’t as high this year as they could have been. However, many homeowners are currently protected by federal legislation that became effective in 2014. That law was designed to protect consumers from a previous law passed a half decade ago. The original law attempted to get rid of discounts to premiums so the amount being paid by homeowners better reflected the risk of damage their properties presented.

However, the new law required that the increases to flood insurance premiums occur more gradually to make it possible for homeowners to better adapt to the steeper requirements on their budgets. This has helped to avoid sharper rate spikes from occurring all at once.