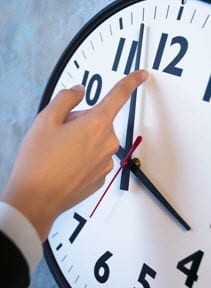 Floodwaters are leaving homeowners battling with insurers to try to receive damage payments.

Many people in Staten Island said that they knew that their homeowners policies weren’t enough to cover them against the damage that could come from floodwaters, but those who went ahead and purchased flood insurance are finding themselves frustrated as they must still battle to recover their losses.

Many homeowners in the region are finding that the payments they are receiving are falling far short of the expense.

In one instance of an Adams Avenue homeowner – a residence that is located above Hylan Boulevard and is therefore well away from the waterfront – the damages experienced from Sandy’s floodwaters have been estimated at around $183,000. However, that Dongan Hills resident has been offered a payment of only $20,000 from his flood insurance policy. This, despite the fact that he had been paying for coverage of up to $250,000.

Now residents are finding themselves battling with their flood insurance providers, months later.

Homeowners from Staten Island are finding that they are surprised at the lengths to which they are being required to travel before they can be heard by their flood insurance providers. For instance, the Dongan Hills homeowner in the earlier example discovered that he had to contact the office of the state attorney general just to be able to reach an adjustor.

Flooding policies are a coverage that is provided through federal funding, by way of the National Flood Insurance Program (NFIP), which is a branch of FEMA. However, FEMA outsources the payments negotiations and the appraisals to private insurers.

Therefore, policyholders have been finding themselves dealing with adjustors from various other insurers, which have not all been in much of a hurry to get the job done. According to Senator Charles Schumer, “They have been much too slow, they haven’t hired enough appraisers, they haven’t moved quickly enough.”

Schumer added that “They’re leaving people high and dry. The longer it takes to get their money so they can fix their homes, the greater the damage is in many of the homes.” This, after those companies are not required to actually make the payments for the flood insurance policies. “They just have to administer it,” said the senator.