This means that victims of Superstorm Sandy will have another 6 months to submit their paperwork. 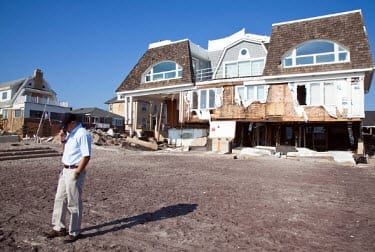 For most of the people across the country, Superstorm Sandy is nothing more than a bad memory, but for many homeowners who have yet to be compensated by flood insurance, it is a nightmare that feels like it will never end.

FEMA is now trying to express its understanding of the situation of homeowners who were victims of Sandy.

Though it may have been quite some time ago, the flood insurance claims continue to roll forward from homeowners who suffered damage from Hurricane Sandy. This has been an extremely long and painful process for these people and FEMA has now given them a bit of a break by offering them an additional six months in which to produce the paperwork that is necessary to support the claims that they have made.

The claim deadline may have passed, but the proof of loss deadline for flood insurance is now moved back.

The deadline for submitting paperwork should have been earlier this week, but FEMA has now created an extension to ensure that those customers will have the chance that they need to prove to the National Flood Insurance Program that they had experienced a the losses in their claims.

This represents the third deadline extension that FEMA has provided to Sandy victims for the claims that they have made. In New Jersey, Governor Chris Christie had requested the extension of six months from the federal government, earlier this month. He expressed that “as demolition and rebuilding efforts have progressed, many homeowners are discovering that Sandy’s flooding caused expenses and necessary repairs beyond their initial estimates.”

According to Governor Christie, the people in the state require this additional time to support their claims. These homeowners have been doing their best to document the damages that have occurred, but time has revealed a great deal more than they had anticipated.

The bulletin from FEMA that announced this most recent extension to the flood insurance deadline also pointed out that it doesn’t anticipate having to grant residents any time beyond this six months for making their proof of loss filings.