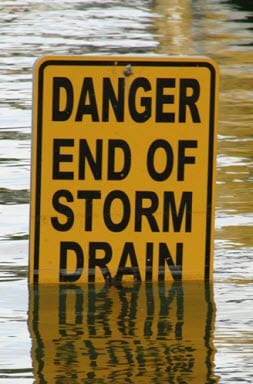 A recent survey has shown that many property owners are not aware of what coverage they do or do not have.

According to the results of a recent survey of homeowners, one fifth of the participants did not clearly understand what flood insurance coverage they had, and whether or not they needed to purchase an additional policy.

The survey showed that nearly twenty percent of homeowners are unaware that they are uninsured.

The study was conducted by Princeton Survey Research Associates International, in combination with Bankrate.com. What it determined was that many homeowners are facing an even larger threat than experiencing flooding from rising waters in their region. That threat is the fact that they do not have flood insurance coverage and they are completely unaware of it.

There are still many homeowners who think their standard policies include flood insurance coverage.

What the research actually concluded was that nearly one in every five homeowners, 18 percent of the respondents to the survey, had no idea that a standard homeowners insurance policy does not include coverage for damage that is caused by floodwaters. In fact, those policies explicitly state that they do not provide flood insurance when the water has come from rising waters (as opposed to a broken pipe in the house, which is a different situation).

To obtain the additional coverage against the damage from floodwaters, property owners need to purchase it through the Federal Emergency Management Agency. It is that agency that provides the policies through its National Flood Insurance Program.

At the same time, the survey also discovered that while over 80 percent of homeowners do know that they must purchase flood insurance separately from their standard policy, and they do know where to get it, they still often fail to do so. The Insurance Information Institute’s data determined that the number of people who are actually purchasing these policies is actually dropping.

In fact, a flood insurance study conducted by the I.I.I. in 2012 showed that the number of American households that have purchased this additional protection for their homes and possessions dropped to 13 percent that year, after having been 17 percent in 2008.