The insurer announced that Susan L. Lees would be the first person to take that position.

The first ever Allstate Chief Sustainability Officer was recently announced, as Susan L. Lees took the position. Lee’s previous role as Chief Legal Officer and Secretary of the corporation will be taken over by Rhonda Ferguson, Executive Vice President and General Counsel.

Lees is taking the position immediately, as is Ferguson who replaced her in her former role.

“This realignment of responsibilities is consistent with Susie’s decision announced in August to focus on environmental, social and governance initiatives,” said the insurer’s Chair, President and CEO, Tom Wilson in a media statement about the first Allstate Chief Sustainability Officer appointment. “Allstate has been a leader in sustainability and recently earned a place on the Dow Jones Sustainability Indices for the third consecutive year. Under Susie’s focused leadership we will accelerate our progress.”

Lees has been working for the insurer since 1988 and has held a number of leadership positions. Since that time, her responsibilities have been steadily increasing, with the most notable being her prior role as the Executive Vice President, Chief Legal Officer, General Counsel and Secretary. Throughout her career with the insurer, Lees has taken the lead in a spectrum of complex initiatives, including Allstate’s acquisition of American Heritage Life Insurance Company as well as the pending National General Holdings Corp acquisition.

This next step as Allstate Chief Sustainability Officer is a natural one for Lees.

Ferguson, taking over Lees’ previous roles, first joined the insurer in September after having left Union Pacific Railroad. She had been Executive Vice President, Chief Legal Officer, and Corporate Secretary there and was the head of all regulatory, legal and corporate governance activities. This makes Ferguson a solid fit for her new positions left by Lees.

“Since joining the company, Rhonda has been a terrific addition to the Allstate family, and I am pleased she is expanding her responsibilities,” stated Wilson in the statement. 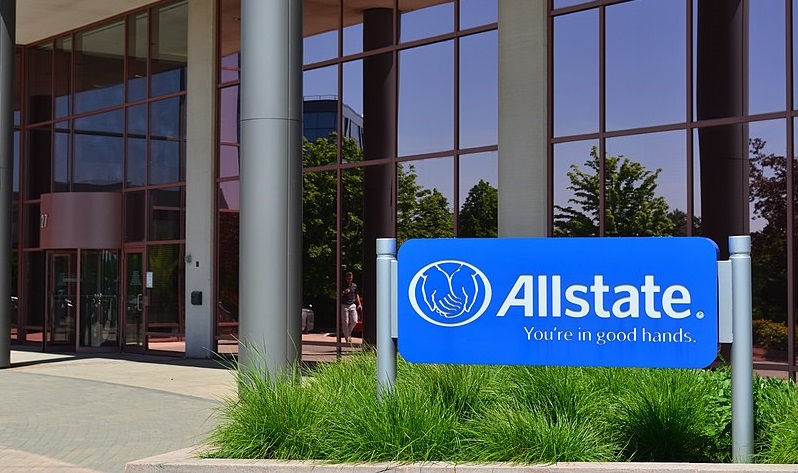 The new Allstate Chief Sustainability Officer role at the corporation suits the insurer’s rapidly expanding efforts and initiatives in the name of environmental friendliness.