FEMA will be reviewing claims associated with Hurricane Sandy

The Federal Emergency Management Agency (FEMA) has announced that it will begin reviewing flood insurance games that are related to Hurricane Sandy. In late October of 2012, a powerful storm struck the eastern United States, causing severe damage to properties with its strong winds. The majority of the damage caused by the storm came from flooding, however, and many homeowners found themselves in a difficult situation due to their lack of flood insurance coverage.

Homeowners find that their policies do not cover flood damage

Typically, homeowners insurance policies do not offer coverage for flood damage. This protection must be obtained through the National Flood Insurance Program, which is managed by FEMA. As such, many of those affected by Hurricane Sandy found that their policies were not able to protect them from the damage caused by flooding. Altogether, Hurricane Sandy caused approximately $68 billion in damages, making it the second-costliest hurricane in U.S. history.

Consumers are concerned that flood insurance claims have been mishandled 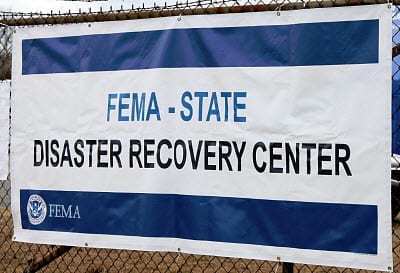 FEMA is currently mailing letters to some 142,000 policyholders in the National Flood Insurance Program. These letters contain information on the review process that the agency is using when taking claims into consideration. Victims of Hurricane Sandy have been calling for claims to be reviewed for years, calling on government officials to take action on the issue of mismanaged claims. There has been growing concern that the claims associated with Hurricane Sandy were unjustly denied, with the companies participating in the National Flood Insurance Program employing poor business practices in order to mitigate losses.

Review process does not guarantee that claims will be approved

There is no guarantee that a claim will be approved once it has been reviewed. Many of those that have been affected by Hurricane Sandy may still find their claims rejected, adding further difficulty to the recovery process. Those with rejected claims have struggled to repair their properties in the wake of Hurricane Sandy. Even two and a half years after the storm, several homeowners have yet to fully recover from the disaster.