Though former president Obama is unconcerned about Obamacare’s future, it may harm the GOP.

A federal judge in Texas has ruled that the Affordable Care Act, also known as Obamacare, is unconstitutional.

The impact of this decision about the health care reform has been a substantial one for Republicans.

The Republican-appointed judge hasn’t had much of an immediate practical impact on the Affordable Care Act. Obamacare continues to be in effect as the legal battle will progress forward. It may eventually end up heading to the Supreme Court.

That said, according to a report in the Washington Times, this ruling could be problematic for the Republican party itself. The heart of that problem is from the change in the politics of health care that has occurred over the last few years as many more Americans came to value the core components of the A.C.A., such as the availability of coverage for people with pre-existing medical conditions, as well as the expansion of Medicaid for low-income families.

Last Saturday was the Affordable Care Act deadline for the 2019 open enrollment period in most states.

The health plans purchased through Obamacare will indeed go ahead and become effective on January 1 as planned. Moreover, Virginia’s Medicaid expansion will also be moving ahead as intended at the start of the new year. That state became one of the latest to accept the option to broaden their Medicaid program. Employers will still be required to provide coverage for the young adult children of their employees. Recipients of Medicare will continue to receive discounts for prescription drug purchases.

Republicans may face struggles due to the new ruling as cautions about that very lawsuit in Texas was a component of the political narrative supporting the Democrat electoral gains. One quarter of the voters in November said that health care was their top political issue, even ahead of the economy, jobs and immigration (according to a VoteCast nationwide survey conducted for The Associated Press). Those who expressed concern over healthcare were also greatly voted Democrat.

Former President Obama, himself, chimed in about the future of his signature health care program. He joined other high-profile democrats in quickly responding to the judge’s ruling about the Affordable Care Act. Obama and many Democrats stated that the A.C.A. only became unconstitutional when the Republicans removed its individual mandate component earlier in 2018. 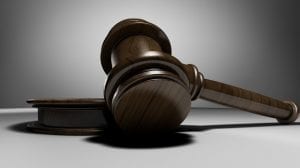 “As the decision makes its way through the courts, which will take months, if not years, the law remains in place and will likely stay that way,” said Obama.