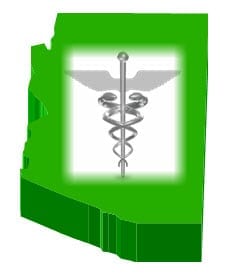 Arizona is not capable of moderating health insurance rate increases according to the state’s own law and those of the federal government. New federal standards accompanying the overarching health care reform dictate that states must be able to adequately review the rate increase process or default such authority to the federal government. Arizona’s current law dictates that insurers must submit paperwork regarding rate increases, but nothing more is required thereafter.

Because Arizona does not meet federal requirements in this regard, federal regulators will be coming to the state to take over the process. Beginning September 1st of this year, regulators will investigate the state’s insurance industry and review a number of rate increase proposals coming from insurers. The move may bring more oversight to the industry that has had lenient and unbalanced standards in the past.

The lack of oversight stems from an Arizona law, which prohibits the Department of Insurance from rejecting rate increases on individual policies. The Department may question the necessity of such increases and require that insurers submit more paperwork showing that high rates are justifiable, but cannot reject the proposals on any grounds.

In preparation for the shift, the Arizona Department of Insurance is advising that all of the state’s insurance company submit certification that their rate proposals have been reviewed and approved. Such certifications will expedite the process and allow insurers to continue collecting new premiums while federal regulators conduct their investigations.

Arizona is not the only state to be put under review by the federal government. Included are Alabama, Idaho, Louisiana, Missouri, Montana, Wyoming, Pennsylvania, Virginia and Iowa.