NFIP struggles with debate over paying one claim after the next or supporting structure elevations.

The federal flood insurance is finding itself drowning in repeat claims made by the same properties that experience regular flooding. At the same time that Congress is trying to work its way through a slew of bills for reauthorizing the National Flood Insurance Program (NFIP), that same program is paying out multiple times to the same claimants.

This has created a call for reducing the number of repeat flooding incidences in order to shrink repeat claims.

There are about 150,000 buildings nationwide that are considered to be problem structures, according to Marshfield and Massachusetts coastal coalitions chairperson, Joe Rossi. He believes that homeowners in properties regularly affected by flooding require assistance in elevating those properties in order to prevent future flooding.

“We’re going to pay for these properties either with claims through the program, with taxpayer dollars or with mitigation. We can pick,” said Rossi. The Federal Emergency Management Agency (FEMA) recently appointed Rossi to a task force meant to improve the federal flood insurance program claims process. 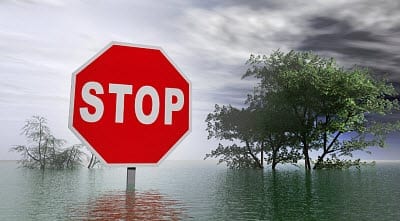 He explained that FEMA’s definition of a “repetitive-loss property” is one that makes more than one claim over a span of 10 years that has a minimum value of $1,000. At the same time, if more than one claim is made of at least $5,000 each during the span of a decade, or if at least two claims are made totaling the current value of the structure, FEMA calls it a “severe repetitive-loss property.”

Across the country, there are currently about 11,000 severe repetitive-loss properties. Moreover, the number of homes in that category is growing, partly due to ongoing development and partly as a result of the impact of climate change.

Many of the homeowners who have made multiple claims to the federal flood insurance program didn’t realize they were purchasing high risk properties. Many made their purchases without first understanding the storm-damage history of the property or the risk that comes with it. In some states, such as Massachusetts, sellers are not legally required to disclose past flood insurance claims or storm damage.