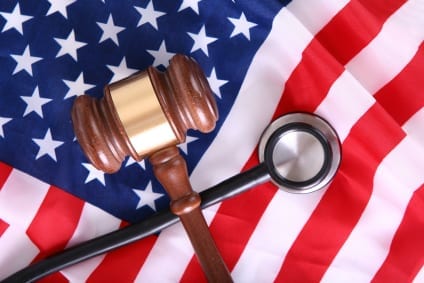 The future of the Affordable Care Act will soon rest in the hands of the U.S. Supreme Court. The law, passed last year, has generated an overwhelming amount of controversy surrounding the various provisions it seeks to enact. No provision is more controversial than the health insurance mandate, which requires all U.S. citizens to purchase some kind of health insurance by 2014. To date, 26 states have filed lawsuits against the federal government seeking to have the law deemed unconstitutional. Judges in these states have already branded the law as such, but the ultimate fate of the provision, and the law itself, remains with the Supreme Court.

If the Court finds the law as unconstitutional, health care reform will be put to a halt while legislators make changes to the law. The Court, however, is expected to focus on the insurance mandate, as it is the provision that has garnered the most opposition. If the mandate is deemed unconstitutional, much of the reform law may still be enacted, according to Kathleen Sebelius, Secretary of the Department of Health and Human Services. Paul Heldman, a health policy analyst for Potomac Research Group, says that such a ruling would be bad for insurers nationwide.

Heldman claims that, if the insurance mandated is struck down by the Court, insurers may not have a way to guarantee that healthy people will sign up for insurance coverage. This would destabilize the insurance industry on a financial level as there would no longer be a way to offset the costs associated with covering unhealthy people.

The Supreme Court is expected to take up the issue next year.