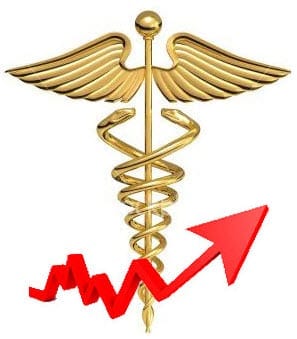 Excellus Blue Cross Blue Shield of New York has approached state insurance regulators for approval to raise its health insurance rates. The proposal is planned to take effect next year and will impose a 19.5% increase on some of the policies in the state. The company says that the increase is necessary in order to keep up with soaring medical costs. This is the same reasoning that prevails amongst the majority of the nation’s health insurers, but the notion has yet to gain traction amongst lawmakers, who have been tasked to curb the rising costs of health care.

The policies to be affected are a part of the company’s community-rated plans. The changes will help strike a balance between policies that are outside of this plan yet offer the same level of coverage. While Excellus wants to be able to keep up with the inflation of health care, their primary goal is to ensure that every client is charged the same for identical coverage, regardless of other factors.

Excellus has traditionally waited until November to propose new rates, but new laws have stopped the company from being able to collect money on premiums before such proposals are approved. By applying for approval earlier, the company is allowing itself more time to adjust if their proposal happens to be rejected.

Regulators have yet to weigh in on the issue, but Excellus’ proposal is expected to be revised to allow for the company to raise rates by a single-digit percentage.