The United States Geological Survey has released a report that warns that California may experience a major earthquake in the next 30 years. The report claims that an earthquake of a magnitude of 6.7 or higher is coming, but there is no telling exactly when in the next three decades the event will come. Those living in the state may need to prepare for the disaster, but most Californian homeowners are unaware that there is insurance coverage designed specifically for earthquakes.

Earthquake insurance is not part of a typical homeowners insurance policy. This type of coverage is supplemental, meant to augment existing policies by providing more protection against specific natural disasters that can cause property damage. This type of coverage did not become common in California until the Northridge Earthquake of 1994, which caused an estimated $20 billion in property damage and highlighted the need for insurance protection for homeowners and businesses alike.

Quakes can cause serious damage to properties 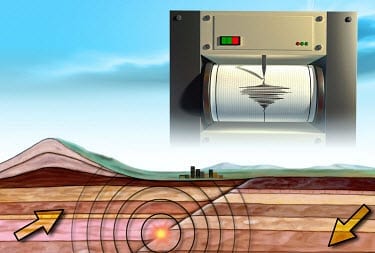 Homeowners are often urged to consider purchasing earthquake insurance coverage. This is because an earthquake can cause significant damage to a property and such events are very common in California. Without insurance protection, the cost of such a disaster would be the burden of a homeowner alone, and consumers may not be able to rely on financial aid provided by the federal government in the event of an emergency.

Earthquake insurance may not be an option for many people. On average, the annual premium for such coverage is $800, but the ultimate cost of this coverage largely depends on the age of a property. Deductibles also vary wildly from policy to policy, with some ranging as much as 15% of the total amount of damages caused by an earthquake. The costs associated with such coverage may be miniscule when compared to the damage that an earthquake can cause, however.