Residents of Washington D.C. won’t have as much competition on the marketplace, next year.

People who live in Washington D.C. will be finding that when they look over their health insurance exchange, next year, to comparison shop for plans, they won’t have quite as many options as they saw this year.

There will actually be only one carrier from which to choose, which will considerably change the playing field.

Because of the plummeting competition over the insurance exchange in D.C., many of the residents who will be using it will discover that if they wish to continue with the equivalent health plans, next year, they will be facing double digit increases in their premiums. This is because there will be only a single carrier who will be offering health insurance over that marketplace, next year, now that its rival has backed out.

Aetna has already started to warn its customers in D.C. that it would be backing out of the insurance exchange. 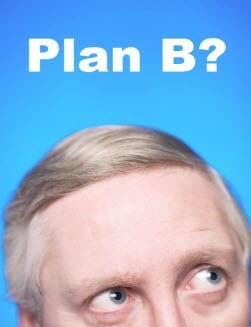 Aetna has now started issuing hundreds of letters to the residents of D.C. in order to inform them that the plans that they purchased for 2015 through the health insurance marketplace called D.C. Health Link, would no longer be continuing beyond the end of this year.

Aetna was the smaller of the two different insurance companies that were selling on the exchange, this year. It may not have been the largest player, but it did ensure that there was some competition and that there were a larger range of options available to residents.

The issue being faced with the exchange is one that has been seen in a few of the marketplaces across the country, as the players who sell plans in this way shift, increasing in numbers in some areas, while dramatically reducing in others. Alaska, for example, has been watching the number of participating insurance companies drop like a stone.

This issue with the insurance exchange has also caused a great deal of uncertainty for people throughout Washington D.C. who are under-employed, self-employed, or retired and who are required to buy their own coverage. They are now wondering whether the increases to the premiums that they will be paying will make their coverage – which they have managed to afford this year – cost prohibitive in the future.