Wealthier nations can afford the premiums for coverage but poorer countries don’t have that privilege.

The insurance trends that are currently in place do have a focus on providing protection for those who are the most vulnerable against the types of peril that the weather can cause, particularly in the case of farmers who are the primary suppliers of food.

But as extreme weather becomes more commonplace, some wonder whether these efforts will be enough.

While many believe that the necessary arrangements will be possible to protect against the damage from climate change in wealthier nations, it looks as though if insurance trends continue as they are, climate change will be leaving poorer countries to flounder. These issues were central to the decisions by the G7 to commit to broaden coverage in developing counties and to form a global insurance industry forum. Even Pope Francis spoke about the impact of climate change and how it will be the most devastating for those who already have the least.

The wheels are now turning to cause a shift in these insurance trends as the industry takes another look at the situation. 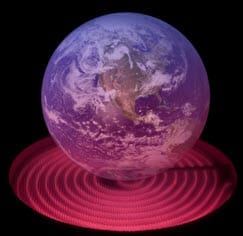 In New York, insurance executives were addressed by U.N. Secretary-General Ban Ki-moon, when he told them that their businesses could be integral in softening the financial blow that will be linked with natural disasters that are worsening and becoming more frequent as a result of climate change. He said that the protection that they could provide could be very important to those who are affected by those catastrophes.

In his speech, the Secretary General said that “As a major source of investment, much of it long-term, the insurance sector can and must play a strong role in shaping a more sustainable future.” Still, this represents some tremendous changes that will need to be made in order to implement this type of effort in developing nations.

In countries such as the United States, the rate of insurance coverage is already high. This already offsets a great deal of the financial impact when a natural disaster occurs. However, the true challenge at the moment appears to be in the way that millions of people in the developing countries will be reached by these new insurance trends, when their access to financial services is lacking, and where premiums payments are entirely out of reach.