In the U.S., federal lawmakers are working to renovate the country’s financial safety net for farmers. The federal crop insurance program is the most expensive part of this safety net and has long been a controversial subject among politicians and taxpayers alike. In 2012, the capabilities of the crop insurance program were put to the test by a severe drought that gripped much of the country. The drought caused an estimated $35 billion in damage in the Midwest, contributing to an approximate decrease of $150 billion in the country’s gross domestic product.

The strain that the drought placed on the crop insurance program, as well as that placed on taxpayers subsidizing the program, has caused the federal government to take a stern look at the program. The Senate and House Agriculture Committees are currently debating numerous bills concerning crop insurance. Two of these bills, in particular, are expected to get the majority of lawmaker’s attention and both aim to prolong the lifetime of the crop insurance program by another five years, a move that could cost the country approximately $50 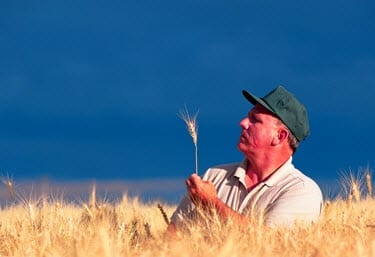 0 billion over that time frame.

According to the Congressional Budget Office, the crop insurance in its current form is expected to cost $9 billion per year to operate. The bills being debated by lawmakers would increase the costs of this program in some areas while also decreasing costs in other aspects. For instance, one of the bills aims to shrink traditional crop subsidies that are provided to farmers to cover the costs of crop insurance. This would lower the cost of this coverage by roughly $22 billion over the next 10 years. The bill would also increase the funding of the program by $11 billion over the same time period.

Bills could spark three new forms of coverage for farmers

Notably, legislators expect that the bills would allow for the creating of three new types of crop insurance coverage. These different types of coverage may be better suited for farmers in certain parts of the country as they would likely be designed to address the specific threats that those farmers face. Whether this would cut the costs of the crop insurance program is unknown, but more coverage options could have farmers take their insurance decisions more seriously in the future.