The Handeni District in the Tanga region can now benefit from this protection from the weather.

Muhingo Rweyemamu, the commissioner for the Handeni District of the Tanga region in Tanzania, has announced that there will now be new forms of crop insurance products and services available to sunflower farmers who have been struggling with unfavorable weather conditions.

This micro-coverage initiative has been called the Weather Index Insurance (WII). 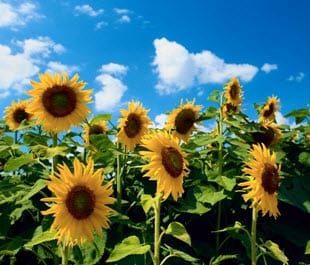 It is being run by the Small Industry Development Organisation – International (Sido-Ifad), which has support from the Rural, Small and Medium Enterprise Support Programme (Muvi). This has been declared one of the most significant efforts that has been made to provide growers with assistance against the impact of unpredictable weather.

This took place at Chanika, where he explained that the changes in the weather have produced some of the greatest struggles to Tanzania’s farmers, as well as those throughout the rest of the developing world. He added that the issue of providing growers with compensation when harvests are lost as a result of extreme weather events such as flooding and drought has been one of the greatest challenges in the developing world’s agricultural growth.

The district’s commissioner stated that “The entrance of the weather index insurance program and the Report on Soil Fertility Status and Nutrient Requirements for optimizing sunflower production in the district is a liberation to the farmers in the district.” He went on to say that this crop insurance measure will help to provide farmers with greater motivation and confidence in the pursuit of agriculture.

The crop insurance will be offered through a partnership between the Muvi project and Microensure, which is a coverage intermediary with the primary purpose of serving low income households with a range of protection products that are both affordable and within an appropriate range. This new coverage will involve weather induced crop insurance for the sunflower growers within the region’s Handeni District, as an element of the greater Muvi Sunflower Value Chain Development project. It has been designed to take into account the unique needs and risks of these small business owners.