Some Upper Midwest farmers are not exactly sure what coverage is available to them.

The massive and extensive droughts that struck the Upper Midwest of the United States are now contributing to widespread confusion regarding the rules of crop insurance for some farmers in that region who were not able to plant this spring because of the exact opposite issue – too much water.

Some growers are concerned that they won’t qualify for payments this year when they were not able to plant.

Croplands that were too wet to put seeds in the ground are now leading to confusion which has now been acknowledged by the government. Officials are now stating that they are determined to clear up the crop insurance understanding issues, but they are also stating that some farmers have been misinterpreting a memo that was informally issued last year. 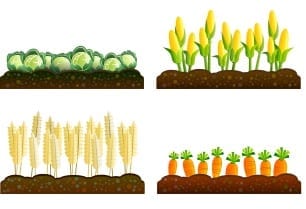 State and federal officials are seeking to eliminate the crop insurance confusion once and for all.

Members of the congressional delegation of North Dakota, and farmers within that state are urging the federal Risk Management Agency of the Agriculture Department to provide clarity in this issue. It is in North Dakota where there is the greatest confusion and risk of impact from misunderstandings.

Brandon Willis, the Agency Administrator, intends to visit North Dakota at some point in August in order to meet with the farmers and discuss the issue, said Senator John Hoeven (R – North Dakota). Hoeven explained that “It’s been a big concern for our farmers.”

The confusion lies within a crop insurance rule that identifies whether or not farmers are eligible for payments for “prevented planting”. This is a type of compensation for land that is too dry or too wet to allow for planting. As a part of a fraud prevention effort, growers are not allowed to collect the payments on land that has experienced long term flooding that would usually not be capable of supporting a crop.

After a rash of very wet years in North Dakota and other Upper Midwestern states, a large amount of potentially productive farmland had been left too wet to plant, but in 2011, the Risk Management Agency was pushed by officials and farmers to ease the regulation. Last year a rule was made effective in which Iowa, Montana, Minnesota and Dakotas farmers could qualify for these crop insurance payments if they had planted on the land at least once in the last four years to prove that there could be productive growth on it. However many farmers who couldn’t plant this year had done so last year and experienced a drought.